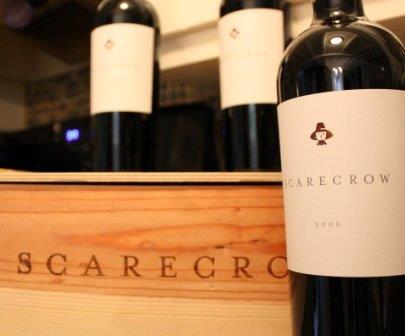 Everything about Scarecrow Napa Valley California Cabernet Sauvignon wine producer profile, wine tasting notes, wine and food pairing tips, best vintages, history of the property, information on their wine making techniques, terroir and soil. You can also read about the Grapes used for California wine and learn about the extensive History of Napa Valley, California Wines

Scarecrow as a producer of Cabernet Sauvignon does not have a long, fabled history, like many of the most expensive California wines. In fact, they are one of the few recent cult wine phenomena to have taken off over the past few years. That says a lot about Scarecrow Cabernet Sauvignon and its popularity with wine lovers as the Cult wine craze has largely fallen by the way side. Scarecrow made their debut California wine in 2003. While the winery is new, the vineyard has a long history dating all the way back to the end of World War 2. That was the year that John Daniel, Jr, (the original owner of the vineyards now used by Dominus,) convinced his friend J. J. Cohn, to plant 80 acres of Cabernet Sauvignon. Those vines became the backbone of all the legendary vintages for Inglenook that JJ Cohn helped produce.

JJ Cohn, AKA Joseph Judson Cohn was better known for producing some of the most famous films of his day including “Ben Hur,” “Mutiny on the Bounty,” and  “The Wizard of Oz.” That hit film from 1939, “The Wizard of OZ” is where Scarecrow took its name.

In a fortuitous move, John Daniels agreed to manage the vineyard for Cohn. The vineyard quickly became known as one of the top terroirs in the Napa Valley. The grapes were used for some of the best wines in its formative years. Inglenook, Phelps Insignia, Opus One, Mondavi Reserve and other top producers used grapes from the vineyard. Today, the vineyard has perhaps the oldest vines in Napa Valley. The reason for this is, while many growers replanted their vineyards with phylloxera roostock. Ironically, John Daniels kept the original vines and rootsock, which was considered risky at the time. However, their risk was rewarded. Today, it’s impossible to find Cabernet Sauvignon vines from 1945 in Napa. 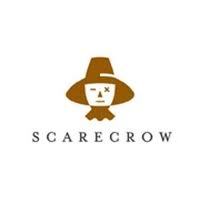 In fact those old vines led to the creation of the most expensive bottle of Cabernet Sauvignon wine ever old! In 2014, the famous, Premiere Napa Valley charity auction sold 60 bottles of Scarecrow wine produced from Cabernet Sauvignon that came from from that block of old vines for an astounding $4,333 per bottle! The wine, Scarecrow “Toto’s Opium Dream, Scene III” will only be available from perhaps one retailer. That price of $4,333 set a record for the highest price paid for a contemporary bottle of California wine!

The birth of Scarecrow wine began in 1996 following the death of JJ Cohn. At that point, part of the family decided it was time to sell the vineyard. The land was purchased by Francois Ford Copploa and JJ Cohn’s grandson, Bret Lopez. The sale set a record price for land in Napa Valley at the time. 25 acres went to Bret Lopez. The rest of the land went to Francis Ford Coppola. Bret Lopez hired the esteemed wine maker Celia Masyczek to create Scarecrow Cabernet Sauvignon. The Scarecrow comes from a reference to the most popular character in the movie, “The Wizard of Oz.”

The barrel aging program for Scarecrow is unique. The wine of Scarecrow is aged in 90% new, French oak barrels for 12 months. At that point, the wine returned to tanks for blending, which is followed by an additional 10 months of aging in barrel.

Scarecrow recently began producing a second wine M. Etain, which is also offered to mailing list customers. The name like Scarecrow is an hommage to the Wizard of Oz film, as the name can be translated to Tin Man in French.

Scarecrow wines are best served at 15.5 degrees Celsius, 60 degrees Fahrenheit. The cool, almost cellar temperature gives the wine more freshness and lift. Young vintages of their red wine can be decanted for 1-3 hours, depending on the character of the vintage. This allows the wine to soften and open its perfume. Older vintages might need very little decanting, just enough to remove the sediment.