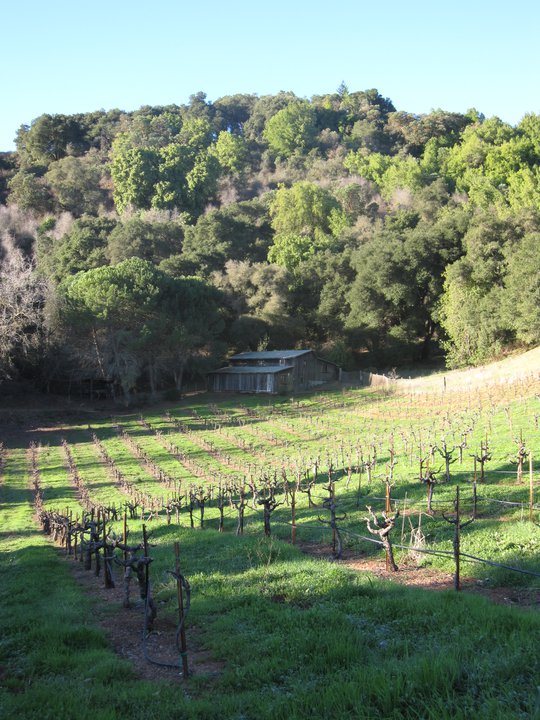 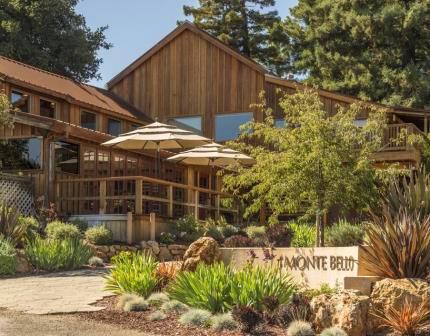 Ridge Vineyards has a rich history as a California wine producing estate that dates all the way back to 1885. During the waning days of America's wild west, a San Francisco doctor, Osea Perrone purchased 180 acres of land on the Monte Bello Ridge. Perrone began planting the vineyard following year. Osea Perrone built the original winery for the property in 1886. Skipping ahead to 1949, the new owner, William Short replanted the vineyards with Cabernet Sauvignon on the Monte Bello parcels. The modern era for Ridge Vineyards begins 10 years later in 1959. That was the year three Stanford scientists pooled their money to purchase the estate from William Short. That purchase marked the official start of Ridge Vineyards in the modern age.

The 1960's were an important decade for Ridge Vineyards. The Doctors bought the now famous Monte Bello vineyard, produced their first vintage of Geyserville as well as the debut vintage for Ridge Monte Bello vineyards, the 1962. Ridge Montebello became the first, important, vineyard designated wine in California. A few years later, the young Paul Draper joined the company as their wine maker. In 1971, Ridge was the first producer to make a vineyard designated wine from the famous Eisele vineyard. The extremely rare wine was only produced in that one vintage. Paul Draper was quoted as saying the reason they did not produce additional vintages is that the wine was too high in alcohol at its then 12.5% level. In 1986, Ridge Vineyards was acquired by Otsuka Pharmaceutical Co., Ltd.  Paul Draper remained with the company and eventually instituted sustainable farming techniques. Ridge Vineyards shifted to 100% organic farming techniques by 1999. 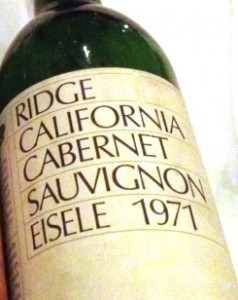 Much of the success for the wines of Ridge Vineyards is due to their terroir. The vineyards are located in perhaps the coolest, if the not coldest terroir in California for growing wine grapes. Situated only 15 miles from the Pacific Ocean in the Santa Cruz Mountains, the vineyard site for the estates top wine, Ridge Monte Bello vineyard is located at extremely high elevations that range from 1,300 feet 2,700 feet above sea level. The higher elevations were where the owners first planted vines for the production of Ridge Mont Bello. Aside from the elevation, the soils contained large deposits of limestone.

Ridge Vineyards produces a massive array of wine including Chardonnay, Petit Sirah, Merlot, Syrah, Zinfandel, proprietary blends, assorted Rhone varietals, Cabernet Sauvignon and their flagship wine, Ridge Monte Bello. Ridge Vineyards Monte Bello is probably the sole remaining California wine that was known for producing outstanding wine in the 1960's and 1970's that is still on top of their game today. The wine ages for decades and remains popular with wine lovers. In total, Ridge Vineyards produces close to 100,000 cases of wine per vintage. 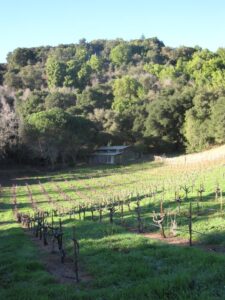 For all the grape varietals produced by Ridge Vineyards, the vineyards are not all situated in the Santa Cruz mountains. They have vines in Sonoma, the Alexander Valley and Paso Robles as well. Their oldest vines are used to produce Zinfandel and the Geyserville blend that comes from 130 year old vines.

With the 2011 vintage, Ridge Vineyards began producing a wine from 100% Petit Verdot, Torre Petit Verdot from the Monte Bello Vineyard. Only 275 cases are produced each year.

Ridge Vineyards Chardonnay is whole-cluster pressed, barrel fermented, and held on its lees for close to 11 months. For Red and white wines, the wines are racked, unfiltered and aged in 100% American oak.

Ridge Vineyards wines are best served at 15.5 degrees Celsius, 60 degrees Fahrenheit. The cool, almost cellar temperature gives the wine more freshness and lift. Young vintages of their red wine can be decanted for 1-3 hours, depending on the character of the vintage. This allows the wine to soften and open its perfume. Older vintages might need very little decanting, just enough to remove the sediment.

The white wine of Ridge Vineyards is best served with all types of seafood and shellfish, sushi, sashimi, chicken, veal, pork and cheese.