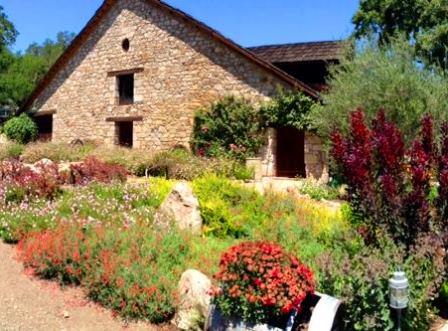 Everything about Seavey Vineyards Napa Valley California Cabernet Sauvignon wine tasting notes, wine and food pairing tips, best vintages, history of the property, information on their wine making techniques, terroir and soil. You can also read about the Grapes used for California wine and learn about the extensive History of Napa Valley, California Wines

Seavey Vineyard has a long history in the Napa Valley. It was first cultivated all the way back in 1881 by the Franco-Swiss Farming Company, headed by Charles Volper. At the time, the large 143 acre estate was used for both vineyards, as well as a cattle and horse ranch. By 1894, ranching won out, and the vines were allowed to die. Eventually, the property was turned into a cattle ranch.

That changed in 1979 when the San Francisco couple, William Seavey and Mary Seavey purchased the property and renamed the estate. The entire vineyard needed planting as it had long since gone fallow, used primarily for cattle grazing. They began cultivating their vines in 1981. For the first few years, Seavey sold their grapes to other producers before producing a wine under the Seavey name. The winery made its debut vintage in 1990. Originally, Seavey hired Gary Galleron as their consultant. In 1995, they changed things up and brought in Philippe Mekla as their consultant, becoming one of his first clients.

Seavey owns 43 acres of vines. Located in Conn Valley, much of their terroir is in a warm-micro climate, the soils are volcanic rocks, stones and sand. Located close to the Meadowood Resort, the vineyard is focused mostly on Bordeaux varietals. 34.6 acres of Cabernet Sauvignon, 3 acres of Petit Verdot, 3 acres of Petit Verdot and 2.5 acres of Chardonnay are currently planted. At Seavey, they try dry farming as much as possible. In fact, a specific, 4.6 acre parcel of Cabernet Sauvignon planted on their steeper, hillside, terraces is exclusively dry farmed.

Initially, in 1990, Seavey released Cabernet Sauvignon and Chardonnay. In 1994, they added a Merlot to their lineup of wines.

On average, Seavey ages their red wines in 50% new, French oak barrels for between 18-20 months before bottling. Based on how well their early vintages like 1991 and 1994 are aging, this is a fabulous wine to lay down in your cellar, as the wines do evolve, taking on additional complexities.

The white wine of Seavey is best served with all types of seafood and shellfish, sushi, sashimi, chicken, veal, pork and cheese.