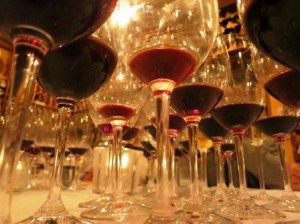 2007 Bordeaux Wine Vintage Summary with harvest information, vintage characteristics, list of the top wines, buying tips and links. If you are seeking more in-depth information on anything and everything related to the Bordeaux wine region please see the: All About Bordeaux Wine Guide.

Due to its early drinking character, 2007 Bordeaux wine would been perfect for restaurants, or for new collectors wanting their first taste of Bordeaux wine. Instead, 2007 Bordeaux wines were vastly over priced from the start. Prices continue to drop in the world market.  While the results are average at best for red 2007 Bordeaux wine,  dry, white, 2007  Bordeaux wine from Pessac Leognan in are stunning!  In fact, all the white wines from Bordeaux that year were strong. Sauternes and Barsac also produced some of the finest wines in their history.  These are the two appellations worth purchasing from the 2007 vintage.