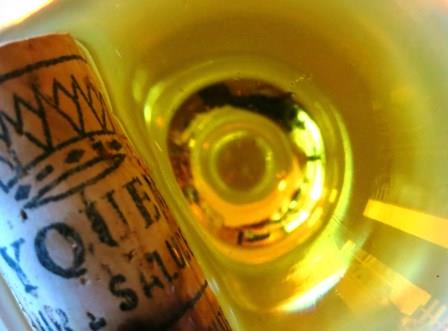 1997 Bordeaux Wine Vintage Summary with harvest information, vintage characteristics, buying tips and links. If you are seeking more in-depth information on anything and everything related to the Bordeaux wine region please see the: All About Bordeaux Wine Guide

1997 Bordeaux wine got off to a good start. March offered temperatures between 80 and 90 degrees! These early summer conditions brought some of the earliest flowering in history.  Growers were hoping for another vintage like 1989, or even 1893! Flowering did not take place evenly, which is usually a problem.  June started out warm, until it rained, bringing cooler temperatures.  July was humid. Fears of rot were rampant. Growers were forced to spray to combat mold and mildew. August was tropical as well. August 25 brought a massive amount of rain that continued to fall until September 1, which bloated the grapes. With the exception of minor showers that fell in the middle of September, the remainder of September was warm and sunny. However, that was too little too late. Far too much fruit in the vineyards suffered from rot and under ripe grapes. The 1997 Bordeaux harvest started September 2 for the red grapes. In Pessac Leognan, Sauvignon Blanc was harvested starting August 18, making it one of the earliest starts in history.

1997 Bordeaux is a very charming, high quality vintage for the sweet, white Bordeaux wines of Sauternes and Barsac. It was a long growing season and harvest for many chateaux. The producers that were willing to make the most passes in the vineyard and focus on sorting were able to make some very nice Sauternes.

If you need a birth year, or anniversary wine, aside from Sauternes, 1997 is a great vintage for California Cabernet Sauvignon based wines. 1997 Vintage Port is also strong and some very fine Rhone wines can be found from Cote Roite and Hermitage. Fans of Italian wines also have ample choices from the vintage.