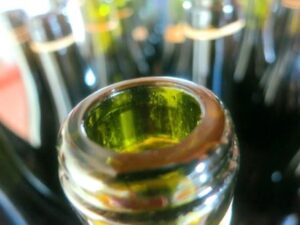 1992 Bordeaux Wine Vintage Summary with harvest information, vintage characteristics, buying tips and links. If you are seeking more in-depth information on anything and everything related to the Bordeaux wine region please see the: All About Bordeaux Wine Guide

The 1992 Bordeaux vintage started off well.  Flowering took place early and the summer was warm and dry. But the growing season was wet. August endured 300% more rain than usual.  September was cool, if not cold. The 1992 Bordeaux harvest officially started September 29. 1992 Bordeaux wine could have been a classic year, had it not been for the torrent of non-stop rain that took place from October 2 to October 6, right in the middle of the harvest.

Clearly, 1992 Bordeaux wins the award for the not only the worst vintage of the decade, but it also has the distinction of being the last truly awful vintage in Bordeaux as of today. This is due to changes in vineyard management, wine making and the ability to spend vast sums of money to create the best wines possible. But that is for another page.

Today, there is truly no reason to buy any 1992 Bordeaux wine. If you need a special wine to help celebrate an anniversary or birthday, it was a stellar vintage for California Cabernet Sauvignon. 1992 Vintage Port are also very good wines.