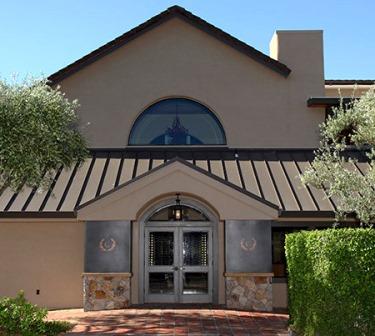 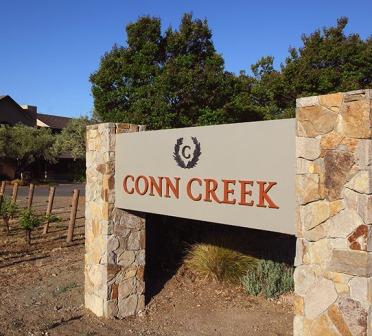 Everything about Conn Creek Napa Valley Cabernet Sauvignon producer profile, wine tasting notes, wine and food pairing tips, best vintages, history of the property, information on their wine making techniques, terroir and soil. You can also read about the Grapes used for California wine and learn about the extensive History of Napa Valley, California Wines

Conn Creek was born in 1968, when Bill Collins and Kathy Collins answered an advertisement in the Wall Street placed by the Domingo family, offering to sell 45 acres of vines in Napa Valley. At the time of the purchase, the vineyard was planted to Carignane, Chasselas, Sauvignon Vert and Zinfandel. Once the purchase was completed, Bill Collins began replanting the vineyard to Cabernet Sauvignon.

Conn Creek was just another, fledgling winery competing for business in the early 1970's, until they purchased a barrel of wine at a bankruptcy auction held to pay off debts from the Lynncrest winery. One of the lots purchased by Bill Collins was barrels of the not yet bottled 1974 wine from the Eisele vineyard. They bottled and sold the wine, becoming an almost overnight hit as soon as they released their, 1974 Conn Creek Eisele Cabernet Sauvignon. However, the 1974 did not feature the Eisele name, perhaps because it was purchased at auction. Interestingly, their first 2 vintages for Conn Creek consisted of wines made from the barrels they bought at the auction. Because they deemed their vines were too young, they did not make a wine in 1975.

In a continuing effort to expand their holdings, their next purchase was a parcel of vines planted in Rutherford.

By 1979, Conn Creek had become a much larger operation and Bill Collins constructed a new winery in Rutherford. Trying to be both energy efficient and environmentally conscious, they used Styrofoam walls for insulation and added corks to the interior of the walls for extra insulation. In 1986, the Collins family sold Conn Creek to Stimson Lane, which is owned by US Tobacco. Bill Collins retained a small portion of vines, which he later sold to Chateau Ste. Michelle.

After the sale to Stimson Lane, things were not same at Conn Creek. They increased the amount of Cabernet Sauvignon released and dropped much of their white wine program.

Today, Conn Creek is a large producer that makes a diverse array of wines from a wide array of appellation that are focused on either the grape varietal of the appellation, or a special selection which is the Conn Creek Anthology. In total, Conn Creek currently makes an average of 30,000 cases of wine per vintage.

The white wine of Conn Creek Winery is best served with all types of seafood and shellfish, sushi, sashimi, chicken, veal, pork and cheese.